It has been nine straight weeks that this future has reported ten week moving average above the 20w ma. 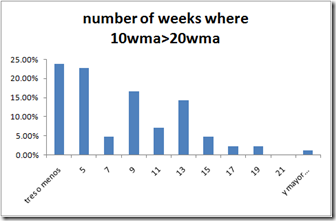 So that the probability of this market to continue marking this pattern is 40%.

Now in the nine week extension there are four samples: