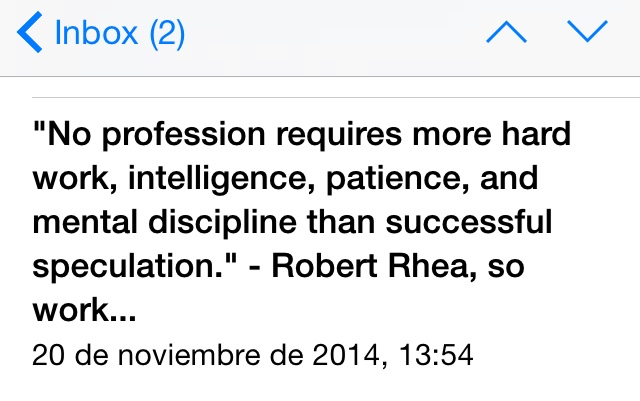 END_OF_DOCUMENT_TOKEN_TO_BE_REPLACED

For an economist the economic trinity is:

from the  Mundell-Fleming framework.

For a theologian the economic trinity is:

From the Karl Rahner framework. Pic of the trinity. Snap explanation of The Immanent Trinity.

How can an individual accelerate the inevitable from both though process?

God’s revelation, the action of the Trinity, is so discrete that although he’s tendering his grace, one cannot easily perceive it, even to the point of invalidate his grace and therefore living  a practical atheism.

Probably my experience in baseball is as documented as in trading. Very low for an average standard. I am not in the major league in my country [which is very bad in a word standard] neither I am a full time trader taking and handling positions with my own money. In baseball I just pitch for a 3rd level league (Mantarrayas is the name) and in trading I am just a commodity markets risk analyst. I suppose to manage hedging positions of clients but that is another story. Even though I do manage positions, not of my speculative mine, but the hedging account of my boss who is a 10-year-experienced trader. For example now I am looking 2 options-spread trades one in  the SP500 mini and other in the euro futures. Also a paper trade of mine which I just posted last time I decided to write here.

Well enough BS. I planned to talk about the relationship between the strike/ball account and the performance of a system or a trader.

As a pitcher the best thing you can have is either a strikeout [3 strikes] or a hit managed by your defense like a ground ball or a fly ball.

Pitching is hard because first of all you have to be able to put the ball in the strike zone at a decent velocity. The pitchers you see in the TV are the exception of the rule because most of the time they are able to make more strikes than balls. Most of humans that like baseball cannot locate a decent fastball more than 2 or three times around the strike zone. Much less people can play with the catcher hitting the corners and moving the ball with plain vanilla curve balls or only variation of a fastball. Pitching is hard and most of the times homo-sapiens don’t realize until we try it.

As I extend in my lunch time while I see the TY, SP and CL, I try to make a point, I am just getting stuck with baseball.

Ok. Few days back a I saw a mlb playoff game and one of the pitchers had 101 pitches 69 of them strike. That’s a strike ratio of 2.15, meaning 2 strikes for one ball. He was able to get ahead of the hitter most of the time. If you consider a win/lose ratio of a trading system, for example one I am testing now: it is a -0.6% avg lose and +0.2% winner, or a strike/ball ratio of 0.39. That like a 101 pitches with 29 strikes, a very very poor performance.

I have made about 14 trades in the corn futures. two of them were profitable. And losses were extremely heavy. I have opened about 4 games in my baseball career since 2008, and only one of them were mediocre, the rest were very bad. I don’t have the strike/pitch count.

What system or approach should I use to improve in these both environments that I like so much? I even gained weight and every day I am very poor making it impossible to even put some dollars for a little spread trade in the oil market. Is this really for me? Was I designed for baseball and trading? What strategies must me thought to accelerate the truth of these questions?

I’ve been checking the crude oil strategy and I notice that there is a bias towards finding the good things about the strategy and not in trying to improve. Like how well it manages the trend intraday, the percentage return with out leverage, and how nice is the system treating the structure of the last 3 sessions.

I tend to think: “wow, this is so nice, If would be trading with only technical analysis I don’t now how would I approach the market, I wouldn’t know what to tell to a possibly market opportunity, ufff systems are so nice”.

But something in my mind tells me that there is something I need to do a to improve. I think on the stop loss, I think on the process execution of the signal, in the fact that I am no trading it with real money…  ajhh still so distant to having a good approach towards risk management and even worse: I am located so far away of having the kind of money for testing such strategy with my own funds.

It’s kind of frustrating.  As far as I know I should sell a weak volatility and buy the wider ranges in the crude oil, according to the relative ATR to the closing price, on 22d.

I think I have faith on that some day I will tune up this strategy [and many more] and will be able to press the bid or ask using my opportunity costs represented in dollars.

A couple of good friends, from my “eco” group, requested me to do all the paper work for opening a forex account. I suppose to design the strategy and show them what I got when I finished. They wanted to start with US$200. In part this is what made to stood still and do nothing.

If I had opened the account I would have gone long the euro back then on July 09. Buy at 1.4150 and today the mark to market is 1.4565, discretional trading. But I would look for a weekly positional strategy.

Although the average daily volatility would have squeeze the $200, I have this feeling of frustration for not getting long in that long term rally.

1) I don’t have the amount of $ for establishing a positional system [taking that volatility].

2) I am focusing on scalping the Oil. Either with USO or long in-the-money-options in the futures.

3) I really have no more space in my daily agenda for deepening in market study. I think this will be possible about the end of 2010.

4) For now, I rather build the sources that feed the trading account and do research in the mean time.

Although I was not the trader, just the executor, I find it quite an interesting trade for my education. 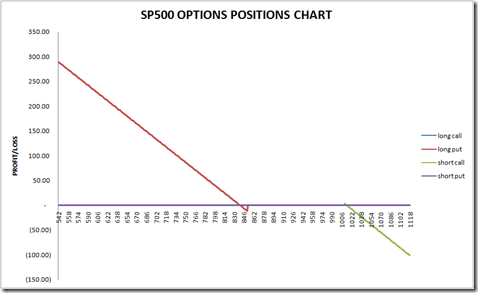 In the way out:

The market was falling 2.89 percent and the position was closed. [very poor jobs report if you get philosophical]

Questions I should answer:

1) How could we calculate the alpha of this trade?

2) What was the risk/reward ratio?

3) What was the stop loss? if any existed.

4) Is this the name of “syntetic short” ok for this position?